The English Major at Work 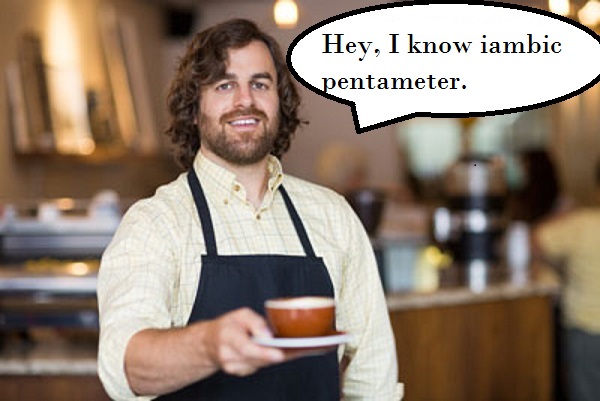 The most popular majors in U.S. colleges, big and small, remain those fields with ready professional tracks–Business, Psychology, Nursing, Education, Criminal Justice–and there’s good reason for it, even if, as Natalia Cecire tweeted recently, the rationale might sometimes be a case of bad faith among liberal arts practitioners (though not a necessarily malicious one, as any philosophy major could tell you):

Like, there’s this steady drumbeat of “NO ART NO HUMANITIES” from authority figures. Enrollments fall & it’s like “THE MARKET HAS SPOKEN.”

Or maybe you’ve been actively dissuading students from enrolling with every ounce of your energy, and some of them still do it anyway?

While I’m sympathetic to Cecire’s argument, nevertheless, tightening job markets have forced English departments, the veritable custodians of the liberal arts tradition, to adopt the language (and often the logic) of higher education as a market value. With enrollment numbers tumbling and pressure mounting from students, parents, and statehouses to maximize the economic value of the college degree, English faculty are abandoning the vintage “learning for  learning’s sake” model of the liberal arts for a new sales pitch: English majors are employable in a wide variety of attractive professions. The marketing campaign has reached even public research institutions like the University of Maryland, where  the “hard sell” has senior faculty on the ground actively recruiting for the major.

As a consequence, English departments have fortified their attraction and retention strategies to shield majors from the question lobbed so often by loved ones, peers, and Facebook friends alike: “what are you going to do with an English degree?” So far, we’ve emerged from battles scarred but not beaten. English majors are employed at roughly the same rates as science, economics, and even computer science grads. Ironically enough, those numbers reflect the very shifts in the job market that have been the cause of all the panic. What’s typically viewed as a liability for English majors–their ecumenical (i.e. non-specialized) scope and elastic skill set–has become their greatest asset amidst the precarity of the information economy: flexibility.

I don’t mean to sound wholly cynical here. English grads (should) possess exceptional writing, speaking, and research skills, so that they can and do end up in all sorts of wonderful places, leading all kinds of fulfilling careers.

The primary problem, as interpreted by faculty and staff, is that English grads aren’t always able self-promoters; i.e. they struggle to make their skill set appear “transferable” for this variety of possibilities. As a result, preparatory career courses are becoming more popular in English departments across the country. Scott Jaschik reported back from a session at the recent Modern Language Association convention devoted entirely to the marketing of the major to students and parents. The consensus among the panelists was that English studies needs better PR, and that begins with touting our successes, namely the richness and diversity of career tracks already pursued by English graduates. In the Chronicle last week, Helene Meyers trumpeted a new English requirement at Southwestern University, a course that aims to “feed” the literary souls and physical tummies of majors facing an increasingly malnourished job market. Part career prep, part literary analysis, Meyers’ students spend time locating their transferable skills, Skyping with alumni, and developing job materials, all while rekindling their first love: reading and discussing literature. In a similar course at Penn State–“ENGL 111: The Possibilities of English”–students converse with English faculty and successful graduates while building lists of skills, experiences, and career goals, before composing a “personal strategic plan” for their immediate futures.

All of this amounts to a rationale for the Fall 2016 class I’m designing to prepare Graceland English degree students for job market and grad school searches. Initial plans for “The English Major @ Work” include:

I welcome your thoughts in the comment section below. What other sorts of activities might prove useful to students beginning to think about careers? What questions do you have about non-profit organizations, private industries, graduate school?

2 thoughts on “The English Major at Work”